The Gunpowder Plot – A Reminiscence (Revisited)

A buddy of mine, whom I grew up with here in the neighborhood, tooted his horn at me as he drove down my street earlier today.

Seeing Ernie reminded me of one of our escapades from almost 40 years ago during our misspent youth. Here it is for your reading enjoyment…

No, not that gunpowder plot, but one Ernie and I created when we were about 11 or 12 years old in my mother’s kitchen. Back in the late 60’s and early 70’s Florida went through a stage where fireworks were illegal for anyone to own except for certain reasons. So every holiday the chances were pretty good that someone would know someone who was traveling up to Valdosta, Georgia in order to bring back some fire crackers and other goodies. Fireworks were legal in Georgia, so we had our own little modern day bootlegging operations going on transporting contraband across state lines.

Well, as I remember it, this one 4th of July in ’71 or thereabouts no one that we knew made that trip to Georgia, so none of the 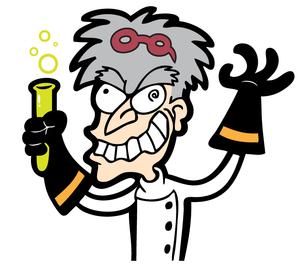 kids in my neighborhood had any firecrackers or smoke bombs or m-80’s or anything to go “bang” for the 4th. Terrible dilemma, huh? Well, never fear, Doctor Diabolical to the rescue… I told my buddy Ernie that we could make some gunpowder and then use it to make our own smoke bombs and stuff. Being a smart little bugger, I knew the basic ingredients of gunpowder, but not the proper proportions or where to get the ingredients.

Well, Funk and Wagnalls to the rescue. My parents had a set of encyclopedias in the living room on the mantel. I went in there and pulled down Volume G and rifled through the pages until I came across the entry for gunpowder. Aha! Now we’re cookin’! Ol’ F&W told me that I needed potassium nitrate, sulfur, and charcoal in the proper proportions to make this magical stuff go “boom”. It also told me that sulfur and potassium nitrate (salt peter) were both available at any local drug store. OK, now we know where to get the ingredients. Oh, the charcoal we got from Ernie’s dad’s backyard grill.

Off to the little neighborhood drugstore we went. Now keep in mind, this wasn’t a big drugstore chain. It was just a little corner store that sold analgesics and cough syrups, no pharmaceutical drugs. Anyway, there it was on the shelves… potassium nitrate and sulfur, both in these neat ½ pint canisters. We bought two cans of each. Then we rode our bikes to Ernie’s house and grabbed a few chunks of charcoal out of the grill. Then we rode back to my house forthwith with all the goodies for our little science project.

We got a big pot out from under mom’s stove and poured the potassium nitrate and the sulfur into it in the proper proportions. We got an old wooden mortar and pestle that my mother had for crushing garlic cloves and we used that to pulverize the charcoal chunks, unfortunately ruining my mother’s mortar and pestle in the process. Then with some nice powdery charcoal added to the big pot and the whole contents carefully mixed repeatedly we were ready for a small test of the supposedly volatile mixture.

I took out this tiny pink spoon, they use to come in the box with the old Sweet and Low sweetener, and I carefully scooped a small amount up into the spoon. I don’t think either Ernie or myself actually believed this stuff was gunpowder. It just looked like this gray powdery stuff. Well, while holding the little spoonful over the big pot of powder I struck a match and lit the 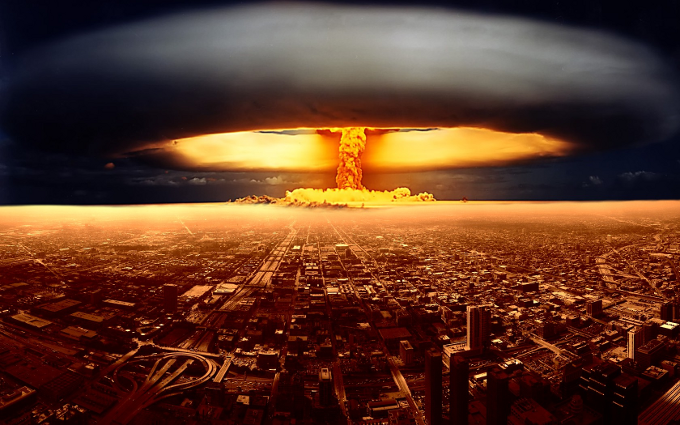 contents of the spoon. It went ZIP! Unfortunately, when it did this it scared the hell out of me and I dropped the little spoon into the big pot…

You have to picture one of those Three Stooges episodes where the cannon blows up in Moe’s face. The pot exploded and blew completely off the table. Ernie and I jumped back and tipped over our chairs. Our faces were completely black. We had no eyebrows or eyelashes. We had black stuff on our tongues, in our hair, up our noses, and on our clothes. Fire was smoldering on the table. My mom’s centerpiece fake fruit bowl was partially melted. Ernie and I were still lying on our backs on the kitchen floor recovering from the shock when my mother came into the kitchen screaming, “What the hell are you two doing in here?”

The smell of the sulfur was overpowering. It permeated the whole house. There was also this dark black, acrid smoke floating around in the kitchen and drifting into adjoining rooms. There was this black dust all over the walls and window glass and every other surface in the kitchen. My mother was calm and collected about the whole thing. She just stood there with the black smoke swirling around her head and said, “Clean it all up before your father gets home or else!” Arrrrrgh! We got to work immediately. It was about 7PM and we had 3 hours before my dad got home. We scrubbed and cleaned and mopped and scrubbed some more. We did it though! There wasn’t even a hint of what had happened by the time dad got home. I don’t think mom ever told him a thing. That use to happen a lot when I was a kid. Thanks mom!

Well, Ernie and I made another batch the next day, outside this time! We had lots of fun making stuff go boom and poof the next couple of days, but it was no substitute for the real thing. Of course, for those of you who don’t know, gunpowder is not used in fireworks or firearms cartridges. A compound called nitrocellulose is the basis for the propellants used in modern cartridges and fireworks; the British call it Cordite. Gunpowder is only used in “black powder” firearms, like old flintlock type rifles and such.

The next year we were able to get the real thing. Woo-hoo! That’s the story and I’m stickin’ to it!

Hope y’all enjoyed that. Until next time…